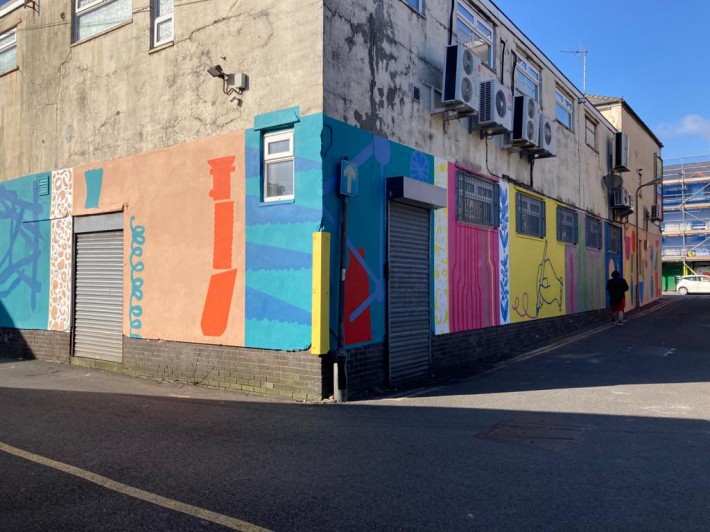 The Council has an opportunity to progress some environmental improvements to Tudor Lane to support the local businesses and help to promote it as a vibrant extension to the Tudor Street Shopping Area.

A consultation exercise was carried out in January, 2021 to invite comments regarding the draft proposals for Tudor Lane. Thank you to all who took the time to provide comments and support for the scheme.

A number of the improvements have already been carried out and the lane is already looking brighter and more welcoming to visitors.  The improvements include:

• artwork on the rear wall of Litchfield Court

• signage at the three entrances to the lane

An application has been submitted for a one way system from the eastern section of the lane from Tudor Street (entrance nearest to Wood Street bridge) to the exit onto Clare Road.  Upon completion of this process, and if approved, additional signage will be provided to support the one way system, including road markings and speed reduction measures.

There is also another piece of artwork planned for the wall adjacent to FWCS workshop and a new business sign on the side elevation of Litchfield Court to identify the array of workshops in the lane.

Funding has been secured from Welsh Government, in partnership with Cardiff Council, to deliver a building improvement grant scheme for commercial premises in Tudor Lane. This scheme forms part of a wider action plan for regeneration in the business areas of South Riverside. 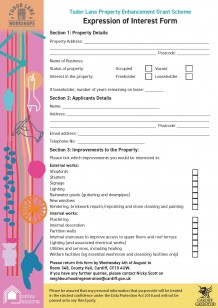 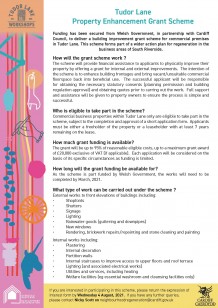