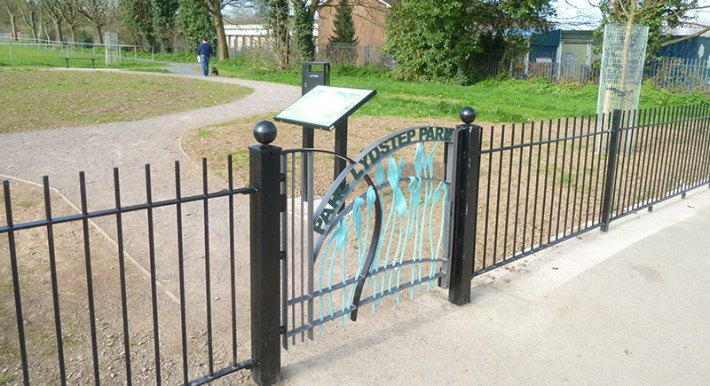 Lydstep Park was identified as a priority through the council’s Neighbourhood Renewal Scheme programme.  It was put forward by local councilors in 2014 and funding was identified to improve this open space for the benefit of the community.

Although Lydstep Park was always an attractive green space, a number of problems were identified which the project sought to address.

• Fencing to enclose part of the park, including attractive entrance gates
• New paths within the park
• New path linking Llanidloes Road with the Taff Trail
• New bins and a park information board
• Community mural
• New trees and flowers

The new entrance gate and community mural were both created in conjunction with local school children, and compliment the information board in creating an attractive space where people should want to spend time.

The wildflower meadow will be in bloom in the summer months, and alongside the new trees help to increase the biodiversity within the park.

We hope that many residents will enjoy Lydstep Park, and find it an easier and more welcome place to visit. 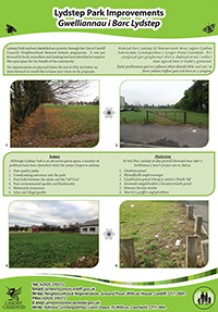 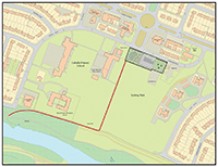 Please click on an image to open the PDF version of the Consultation material or map.